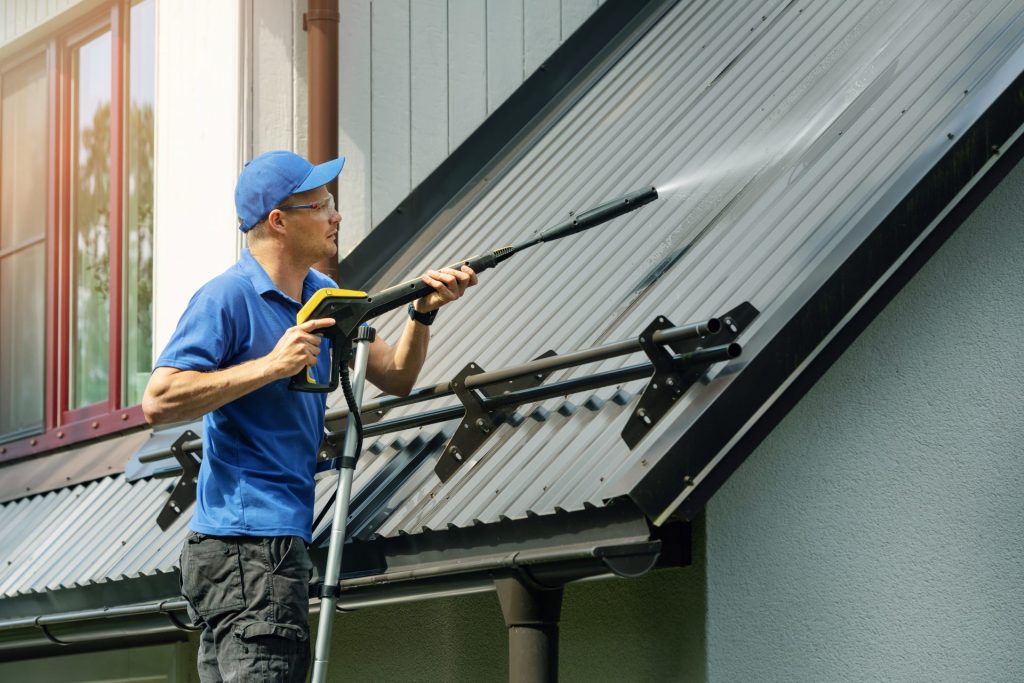 When you notice rust on your outdoor metal surfaces, you need to act quickly. If left to its own devices, rust will spread and cause damage. When you notice it, you have a few options to remove rust. A wire brush can be effective at scraping away small spots. However, when it comes to large rust patches, a surprising solution for rust removal can be pressure washing.

Everyone knows that rust is caused by moisture, so removing rust with pressure washing seems like a bad idea. However, it is a viable option to remove large patches of rust quickly. Using the correct pressure and spray tip, rust can be removed as quickly as dirt or other grime on any surface. Once done, however, the metal will need to be thoroughly wiped down and dried to remove excess moisture in order to prevent the rust from coming back. Furthermore, to stop new rust from appearing in those areas, they will need to be coated with a new layer of rust-preventative paint. With proper care, pressure washing can be an effective solution for your outdoor metal furniture as well as your wrought iron fencing or doorways.

Do you have rust forming on your outdoor metal surfaces or even ugly rust stains appearing on your concrete? Don’t just let that nasty orange stain run rampant – contact us today. Let our professionals at APro Pressure Washing help you remove rust and other stains through the power and speed of pressure washing.

Get A Free Quote

APro Pressure Washing has been in service since 1995. We provide residential and commercial pressure washing services throughout Houston and all surrounding areas. We are insured for your protection. We treat your house just like you are part of the family because family is important to us. Read More

“Professional, on time, and got my home, patio, driveway, and side walks looking brand new! Mike and Tracy took care of my property as if it was their own. This is definitely a 10 star company!” Sonya F.